“The pinhole camera is the metaphor. A dark box – the artist's mind. The pinhole, a speck of light – the genesis of an idea the artist moves towards as one produces a work of art.” 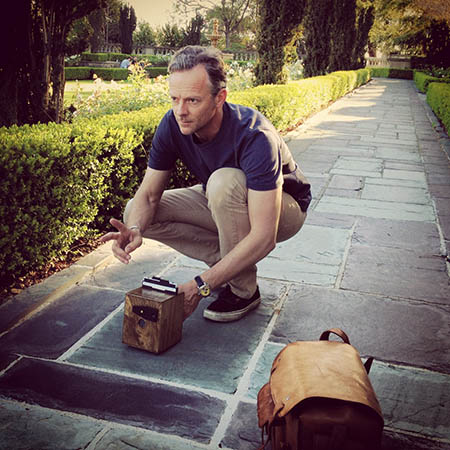 Pinhole cameras are as creative as the process itself: SPAM containers, cardboard boxes, a top hat, a pumpkin, Lego pieces and R2D2. If you can dream it, you can make it. But that’s what is so incredibly simplistic about pinhole photography, that something so beautiful can come of a Pringles can.

Through pinhole photography, Eric O’Connell exposes the true emotion and inspiration behind the artist - both in reference to himself and to the artists that he photographs. The infinite depth of field gives his photos a softness and tonality. Since he began the pinhole project in March, his collection has grown to include intensely eerie snapshots-in-time of a composer, an artist, a painter, and a director.

O’Connell is a New Mexico native living in Los Angeles. He has lived in Chicago, Missouri, San Francisco and New York City. Having acquired a specialty in Visual Anthropology, O’Connell is not shy to trying new things and experiences. His collections range from a Mermaid Parade to the Cowboys of East Germany, a collection of photographs depicting a group of Germans who have adopted the lifestyle of the American cowboy. We sat down with O’Connell to talk about his recent “Artists in Pinhole” project.

How did you get into photography?
My buddy and I used to light paint each other in High School – like, making ourselves zombies and monsters in doorways and such. Then, my first semester of college, I took a photo class in the art department, and took every class, Journalism and Art, in photography the Uni's offered until I graduated.

What is it like teaching students about digital storytelling and anthropology?
It's really rewarding. I love it. I have wanted to combine cultural anthropology and photography since the late '80's, when I read the book Visual Anthropology, by John Collier. In graduate school (USC 2010), where I got a masters in visual anthropology, I was able to realize my Cowboys: East Germany project. This began in 2002/2003 with several trips to the east of Germany to do a portrait project on this subject. Until graduate school, I had a collection of 4x5 images of these people, but with an unsettling sense that it didn't end there. In school, I made a film (2, short ones, actually), which incorporated still images, video, interviews, and research. So, I had a point-of-view; something grounded in the "why" I was interested in this.

In teaching, I'm guiding students to tell stories in a similar way. I'm teaching them photography, video, editing, interviewing, sound (things to think about) as well as how to search for a story that is within them. Inevitably, they begin as a terrible music video: some photos and a soundtrack with their favorite song. That gets the axe right away, and eventually I push them to find something. Also, my students (for this class) are late teens (getting H/S and College credit) and primarily Native American, so there are lots of great stories when I finally get them to look at their own surroundings. To really look. So, in a rural, poor, run-down area of our country, these kids find something to be proud of, and all of a sudden they have an audience and a voice.

My experience first as a photojournalist, commercial photographer, and then student (budding anthropologist) gives me a nice platform from which to hopefully make some small difference in some small life.

Tell us about your work with the pinhole camera. What is it like to be part of such an immersive creative process?
This has been a great experience shooting pinhole and working with these incredible artists. First, the process is laborious, yet quite simple. Exposures are generally quite long (one was a 35 minute portrait – one exposure!), and shooting black and white in these time frames, you have to calculate for reciprocity failure. There was, needless to say, a big learning curve. But, that was part of the fun! It was like learning about photography again.

Working with the artists in the manner has been really overwhelmingly positive. We're interacting with each other and collaborating throughout the whole process. While an exposure is happening, I'm communicating with them (sometimes them with me), I'm walking around in the frame (sometimes they are as well). And, it's conceptual. Each artist has their thing, and beyond just shooting pinhole (cause, hey! It's cool, right?), I'm utilizing it as a necessary tool to create something about that artist. 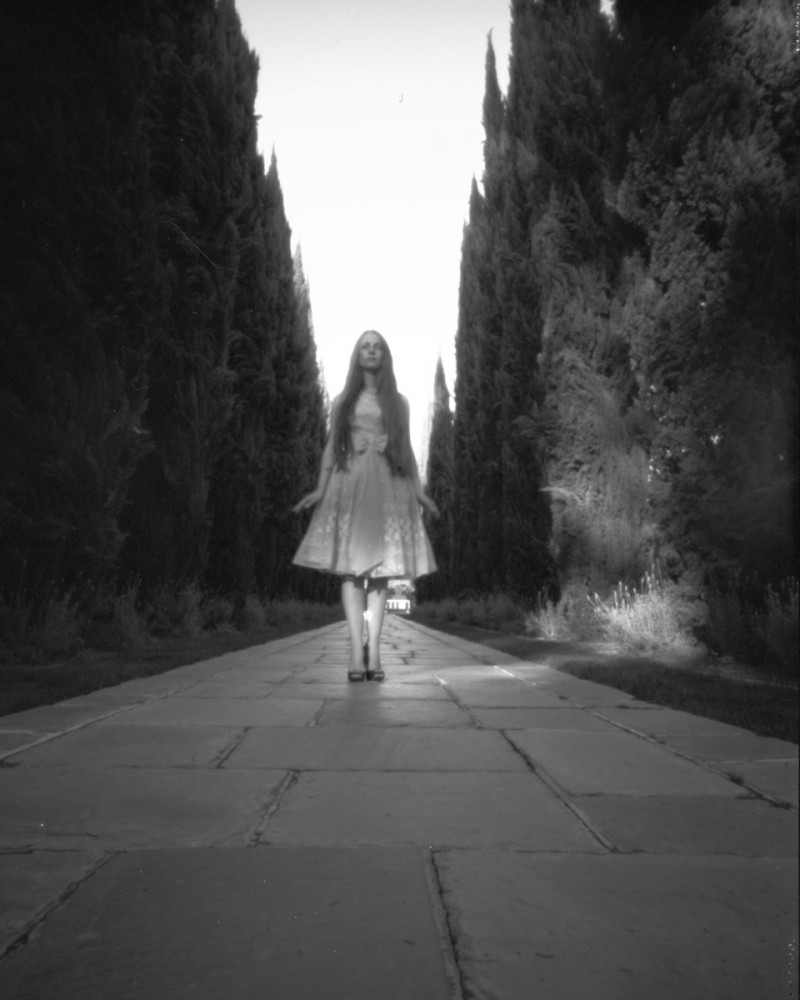 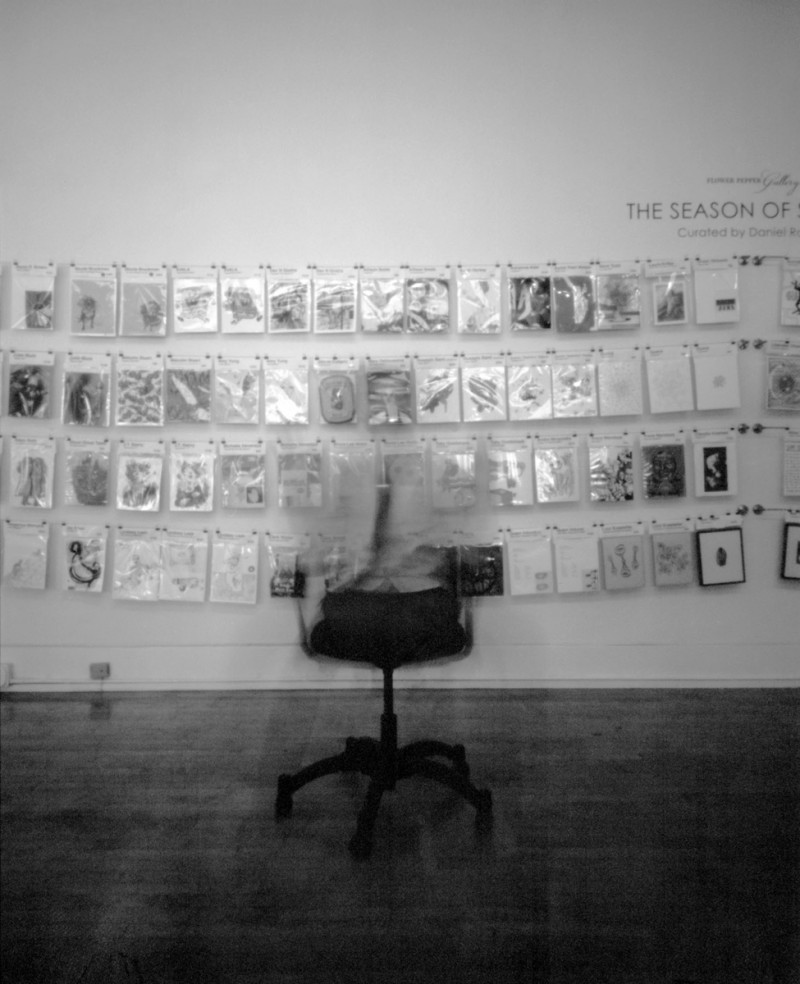 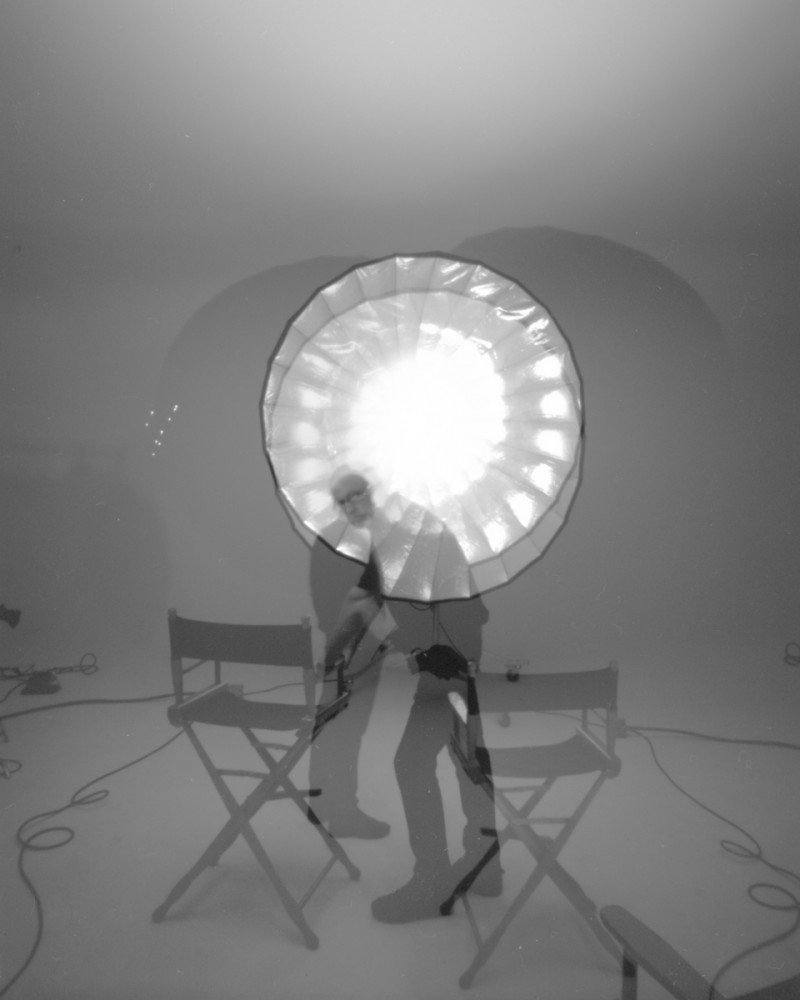 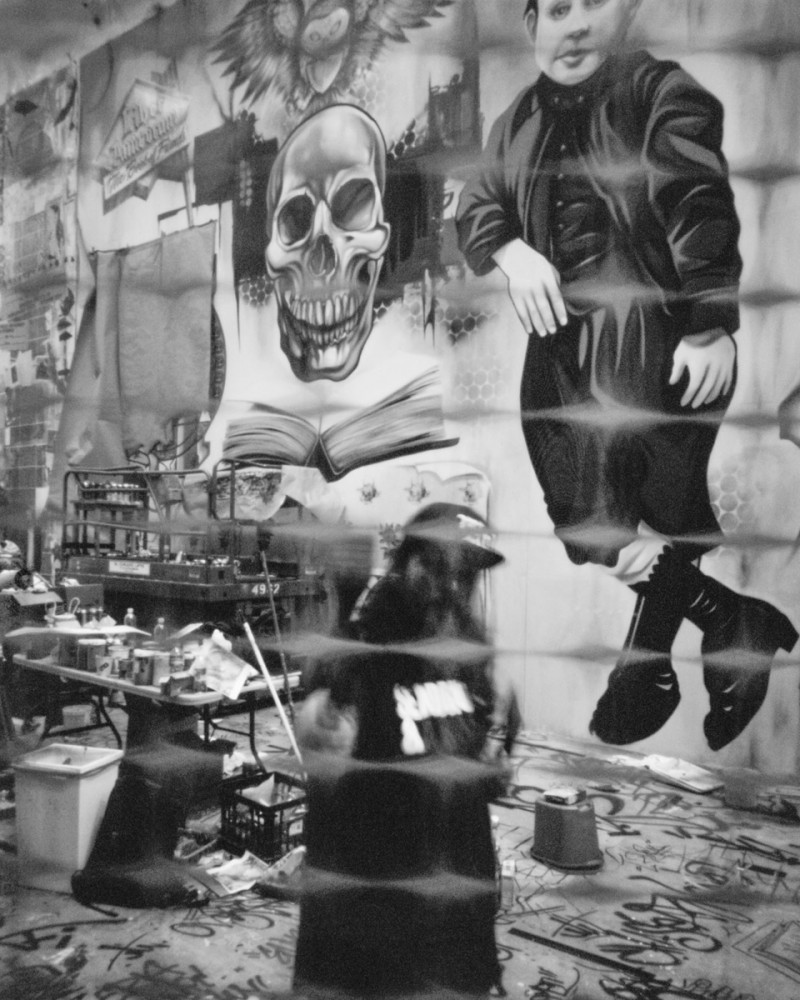 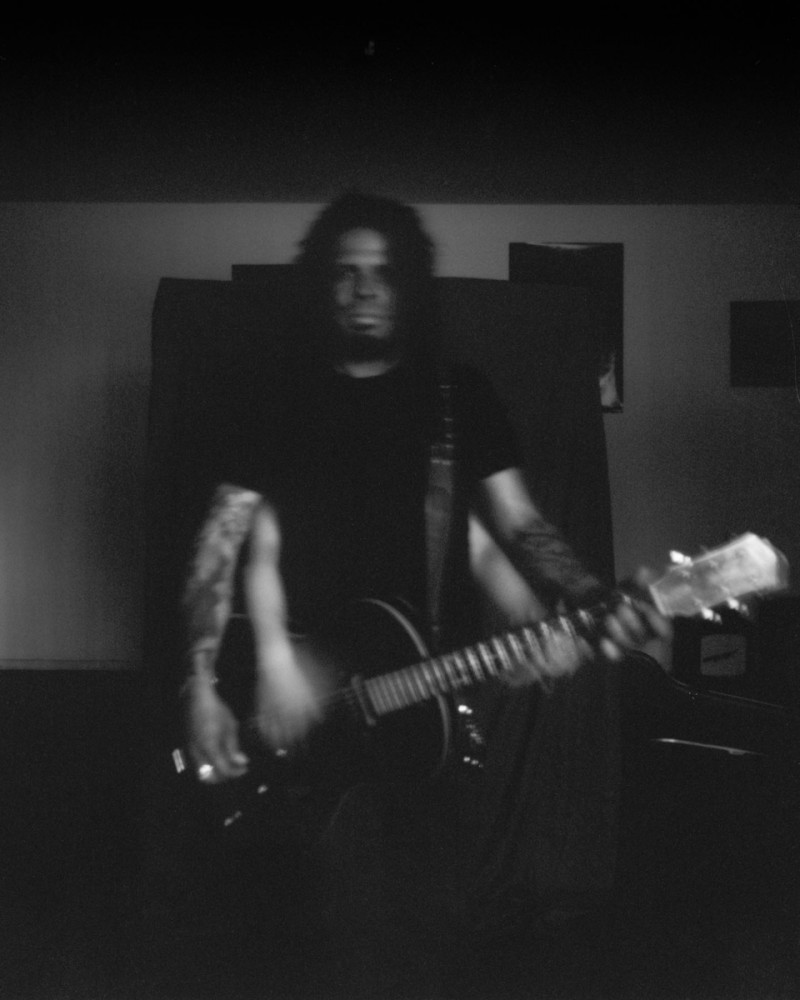 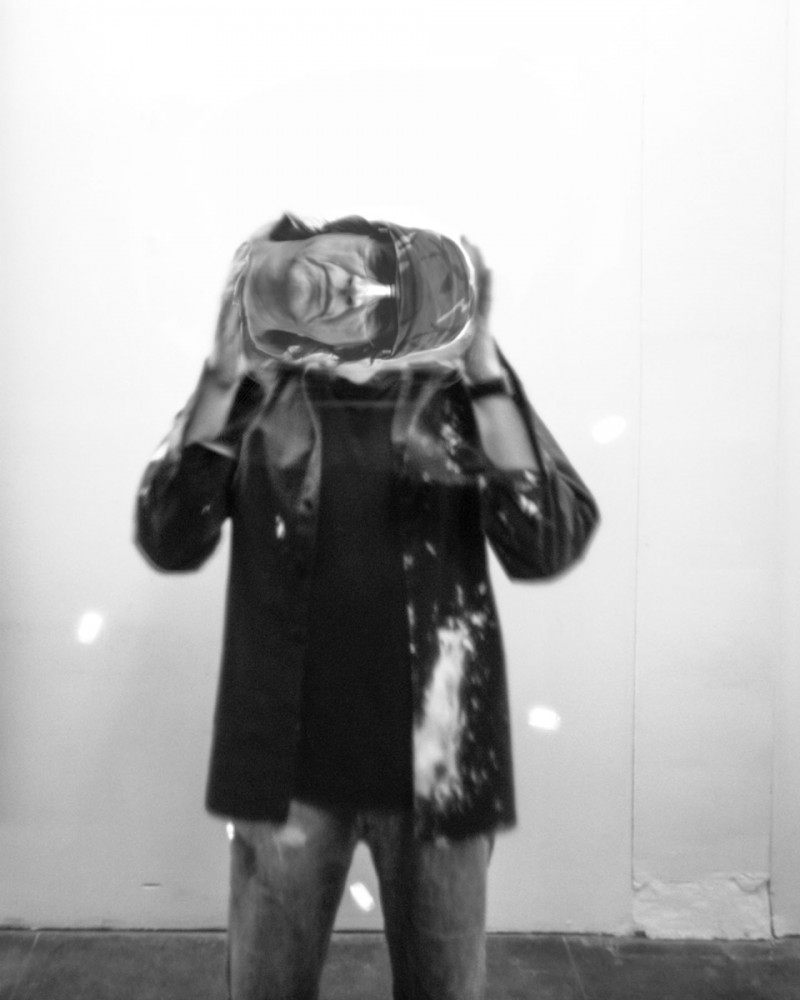 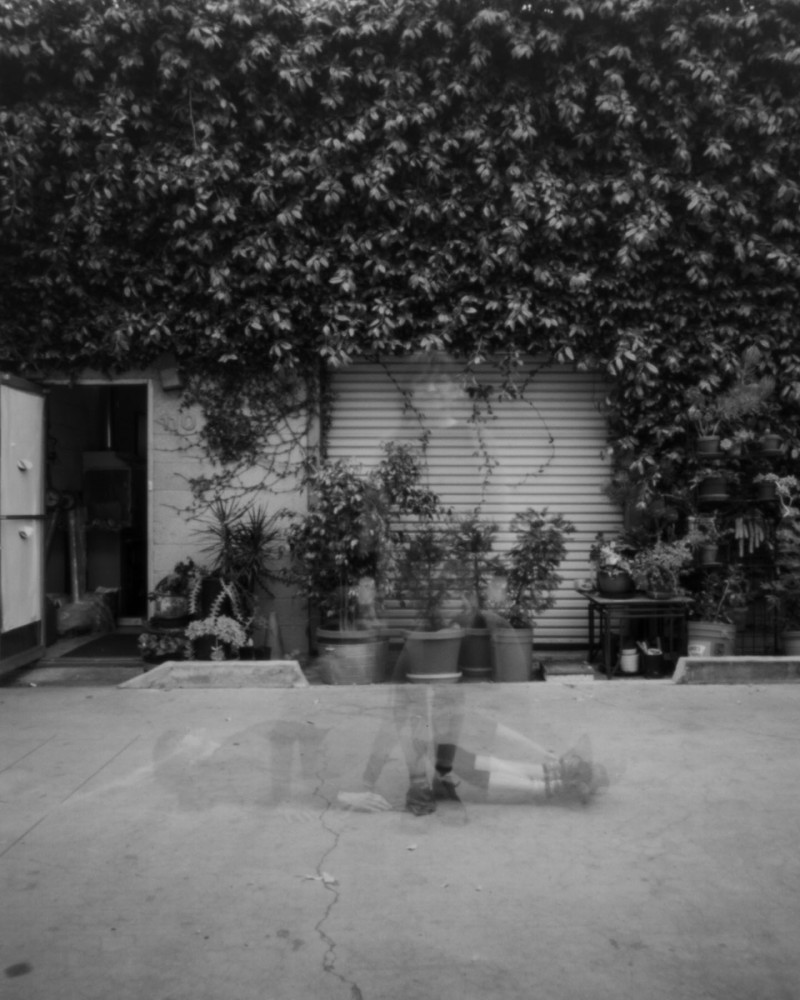 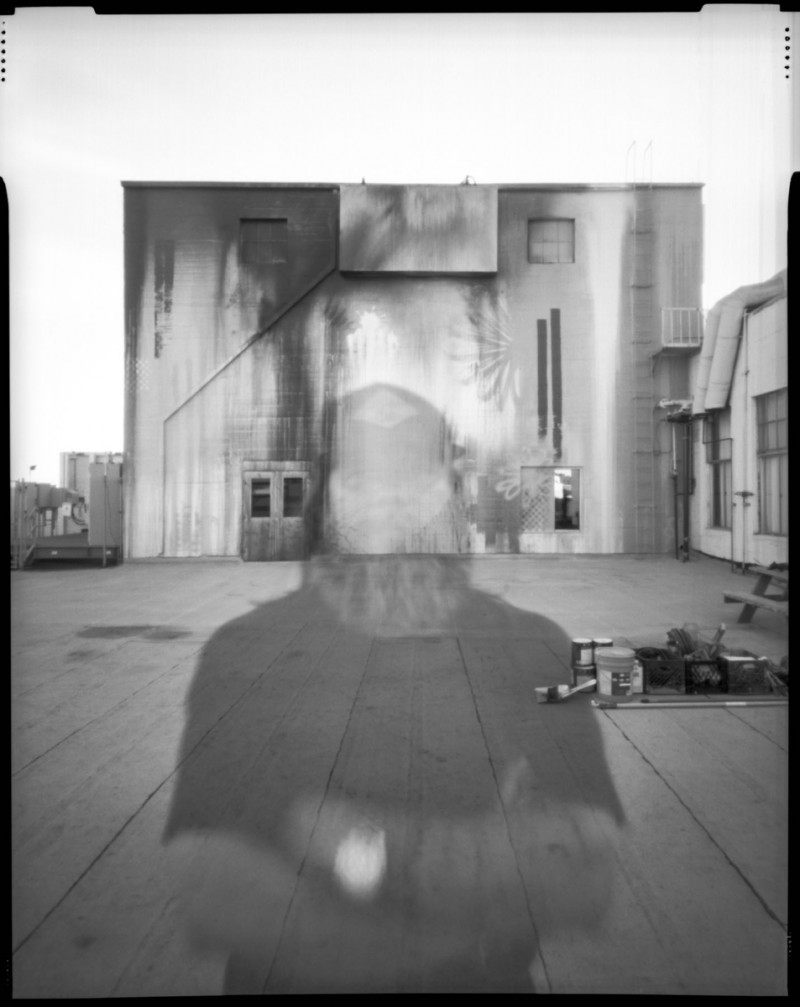 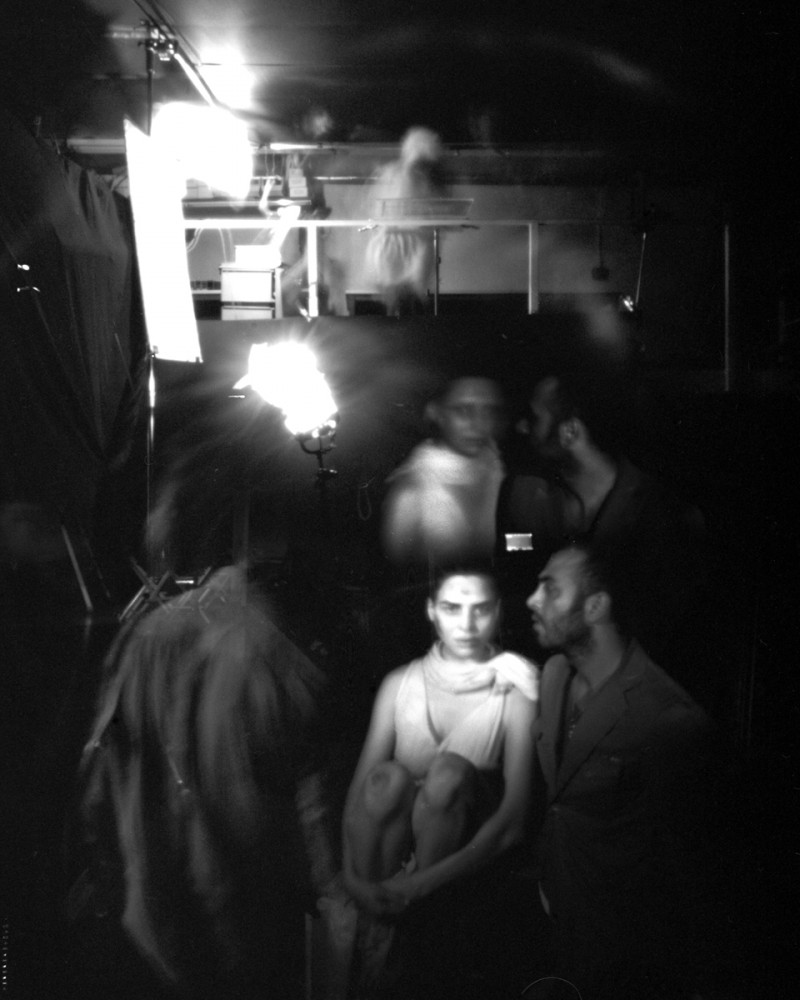 Finding the artist. Contemplating who they are, and what they do. Sometimes I talk with them about ideas, but generally I have an idea or two, based on what they do and what their own approach, technique, materials, etc. are, and I go in and just start. One artist, for example, Peter Greco, a type artist was really sick the day we met up. We met at a coffee/desert place, The Pie Hole. He was dying. But, the owners of Eat.Drink.Americano (he did all the type on the wall) gave us a key and said, Go for it. So, I told Peter, let's get inside and get you something to drink. We went there and there and I set up the shot, giving him a couch to lay on. Once I started to calculate the exposure (w/ reciprocity it was going to be a 35 min exposure!), I got nervous. Who's going to sit for that long for anything?

“So, I said, Ya' know. Just lie down there, and take a little rest; go ahead, fall asleep. And, that's it. That's the shot. He's asleep on that couch.” We did two exposures, letting him bend his knees once. He was quite happy, and so was I. 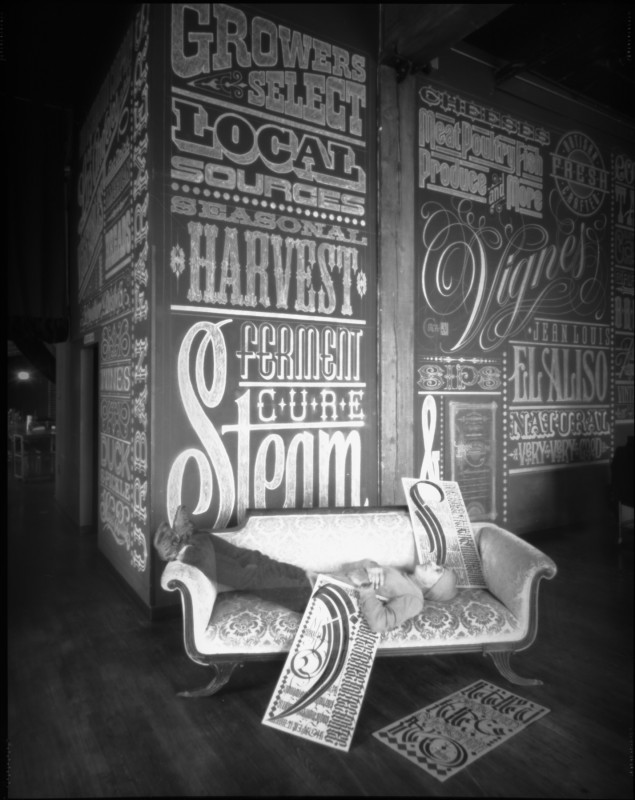 What’s next for you? What do you have coming up in the pipeline?
More pinhole, of course. And, I'm kind of in a state of flux. I'm messing with lights and cameras and selling and buying…searching for something else that's stimulating. I've been shooting some VIPs for Silhouette Eyewear, and that's been really great; kinda like editorial again. I show up, not knowing quite what to expect and have to produce something great, showing the glasses, of course (watch for reflections!). 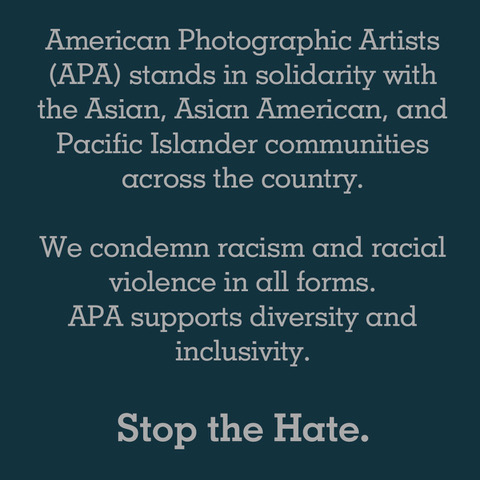 APA Statement in Support of... 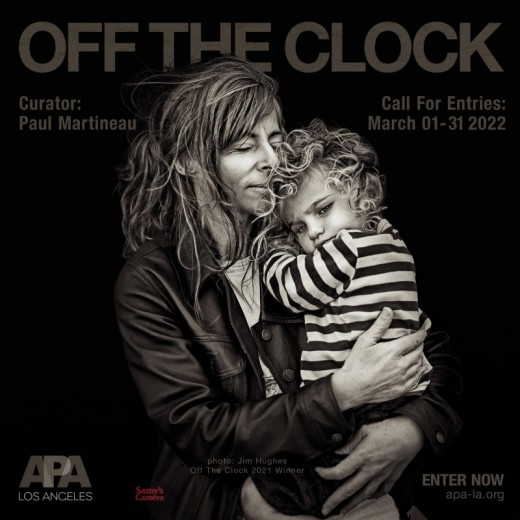 Santa Monica Art Studios is a 22,000 square foot hangar where artists work in private studio spaces and can participate in classes, lectures, and exhibitions.